Fine City Samba (formerly Norwich Samba) has been doing workshops and performances for over 20 years in Norwich. Our mission is to bring a flavour of Samba and Brazilian Carnival music and dance to any event or parade we attend.

The original Norwich Samba was set up by Paul Weston and Marcus Patteson in 2000 following workshops with Nick Scarr and Fiona Lidgey-Hutt of the Peterborough Community Samba Band (now defunct). It was working with Fiona at Dance Camp East 1999 that inspired Marcus to bring the energy of Samba to Norwich, having first experienced the magic of Samba on the Access to Music IMF course where Paul and Marcus first met. The biggest influence on our early years was Brazilian legend, Dudu Tucci, who we first met at Leiston Abbey, on the Samba Fever course set up by Suffolk School of Samba (also the first time we met our neighbours and good friends based in Ipswich). With Marcus studying on Dudu’s Roots of Brazil course, Dudu provided many of the pieces we played (and still play), alongside our own compositions, though we now draw in material from Monobloco (Rio de Janeiro) and many other sources.

Our inaugural workshop was on 5th April 2000 and we are still going strong over 20 years later. Today, Fine City Samba’s Bateria is led by Hej Jones who puts the Bateria through its paces for shows and carnivals, Hej also teaches beginners the basics in samba percussion. Norwich Samba was given the title “Bloco Carnavalesco” (B.C. which translates as “Carnival Block”) in 2010 to mark our 10th anniversary. The title simply means everyone working together to create carnival, the word “bloco” means: a large “block” of people!

The band changed it’s name to Fine City Samba in 2020. 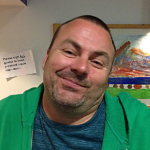 Hej is one of Fine City Samba’s founding members and performed on 1st Surdo for 2½ years before moving to Rio de Janeiro in 2002. Hej spent 6 years in Rio DJing and performing with several Blocos and Samba Schools including Monobloco and G.R.E.S. Sao Clemente. Hej moved back to Norwich in 2008 and became Bateria Director of Fine City Samba Samba taking over from Paul Weston who retired from directing the Bateria that year. Hej was made the Mestre of the Bateria in January of 2012 after Directors Jon and Danny retired from the band. 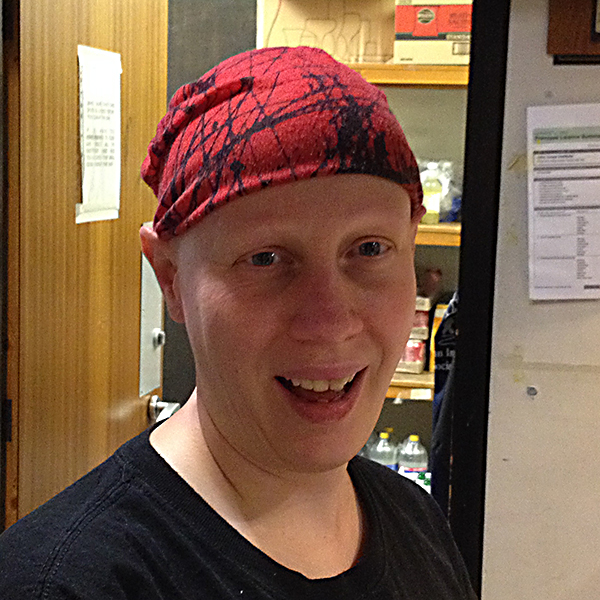 Charlotte has been with the band for 20 years and has had many different roles in the group throughout that time. She has been drumming since the age of 18 and first joined Fine City Samba in July 2000. She has also performed in the now defunct Bloco do Sol Nascente and has also played along in one off performances with: Toque Tambor, Sambrusco / Neatherd Samba Band, Moleque de Rua, Monobloco, plus many others. Charlotte was officially promoted to Bateria Director in February 2013. 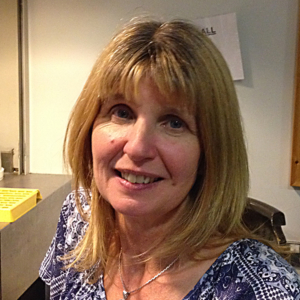 Martine has been in Fine City Samba for over 15 years and has performed with various groups around the UK including: G.R.E.S. Unidos de Londres, Maracatu Bafo da Onca and Bloco do Sol Nascente. Martine has had great experience with most of the instruments in the bateria. She was promoted to Bateria Director in summer 2014. 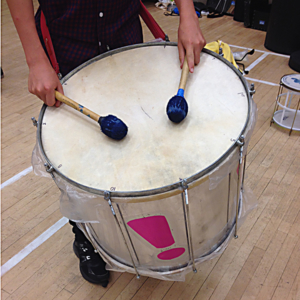 The Surdo (pronounced “Sirdoo”) which is the bass and “heartbeat” of the bateria, the Surdos are the largest drums within a Samba Bateria. Surdos come in three different sizes: Surdo Primeira (1st Surdo, the biggest), Surdo Segunda (2nd Surdo, middle sized) and Surdo Tercero (3rd Surdo, the smallest). The Surdos play between each other in the samba rhythms and provide a powerful bassline. Surdos have a metal shell and have hyde drum skins. These drums need to be tuned and de-tuned at each rehearsal and performance. 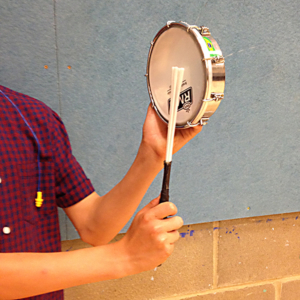 The Tamborim which is a highly tuned little drum that is hand held and is played with a special multi-plastic stick called a Mocidade Stick to give a louder sound. The Tamborim evolved from a simple wooden frame with a cow hyde skin hit with thin bamboo sticks. It makes a loud “crack” when hit and has a metal with a nylon skin. 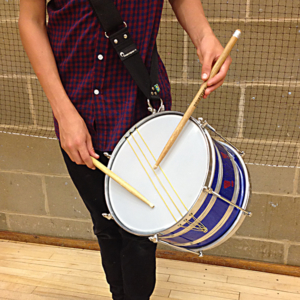 The Caixa De Guerra (pronounced “Casher”) or Malacacheta which is a type of small snare drum that evolved from the traditional marching snare used by the Portuguese marching bands in the 1900’ The Caixa is a very unique type of snare drum because it is played with the snare wires on the top of the drum. The snare wires are large Guitar strings which gives the drum a dry sound when hit. The Caixa has a flat metal shell and nylon drum skins and is played with an orthodox grip. 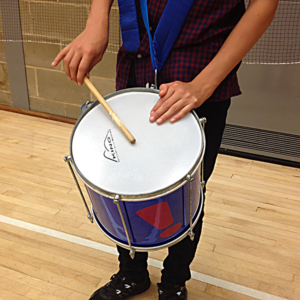 The Repinique/Repique (pronounced “Hepeeneekee/Hepeekee“) or “Hep” which is played with one hand and one stick evolved from a small Surdo. The Repinique is used for call and response and “Hep” players are the only people in the Bateria who can do more solo parts. Like the Caixa, the Repinique has a metal shell and nylon skins. 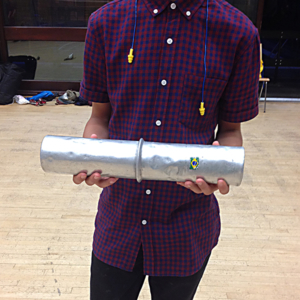 The Ganza is a type of samba shaker that is a metal cylinder filled with beans or plastic pellets. 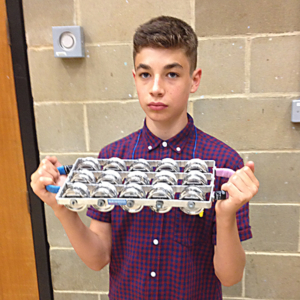 The Chocalho (pronounced “shock-cal-yo”) is a shaker that is made from a metal frame with rows of metal shaker discs attached to the middle. This shaker is one of the loudest and is used in most types of Brazilian music. 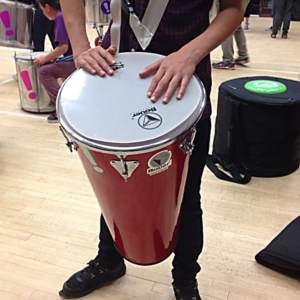 The Timba or Timbal is an Afro Brazilian hand drum that is made from plywood and cone shaped so that it is light and easy to play on parade. It is a cross between a Surdo and a Djembe (African hand drum). The Timba/Timbal has a nylon skin and gives a very metallic sound when played. 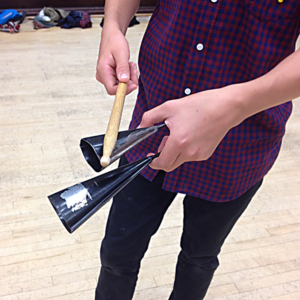 The Agogo bells are two different sized metal bells welded to a curved metal handle and are played in sequence within the samba rhythm. 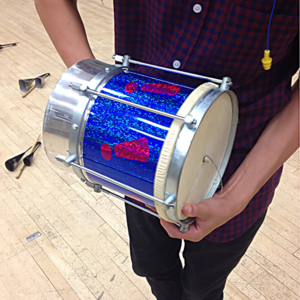 The Cuica (pronounced “gweeker”) is a cylinder that has a skin on one end with a bamboo straw attached to the centre. The instrument is played by rubbing the straw with a damp cloth and pressing the skin where it meets the straw. The sound it produces is almost vocal and is used in traditional samba music.
Book Us

Book the band for your event
Join Us

Come to our next rehearsal
Watch Us